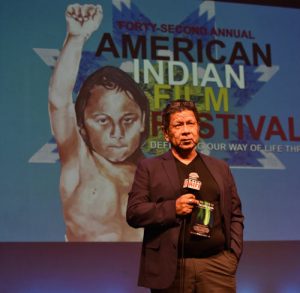 Visionary, Smith founded the first-ever American Indian Film Festival that marked its 42nd year in November 2017. This event opened the way to all the festivals that have followed its example.

Terres en vues/LandInSights extends their deepest sympathies to the family and friends of Michael Smith.